Crucial figures of Parisian life, newspaper kiosks wave seen the city change a lot since their creation more than 160 years ago. When asked, every vendor really tells the story of his neighborhood, on the scale of a lifetime.

Eight o’clock on the Haussmann Boulevard. Paris wakes up and passers-by hurry on the sidewalks. One checks his watch, another grabs a free daily newspaper, while the eyes of another are glued to his smartphone. People are starting a busy day while a china coffee cup tinkles a few meters away and the bright sun shines its light between the plane trees and the cut stone buildings. A newspaper kiosk sits on the intersection between Lafayette Street and Haussmann Boulevard. 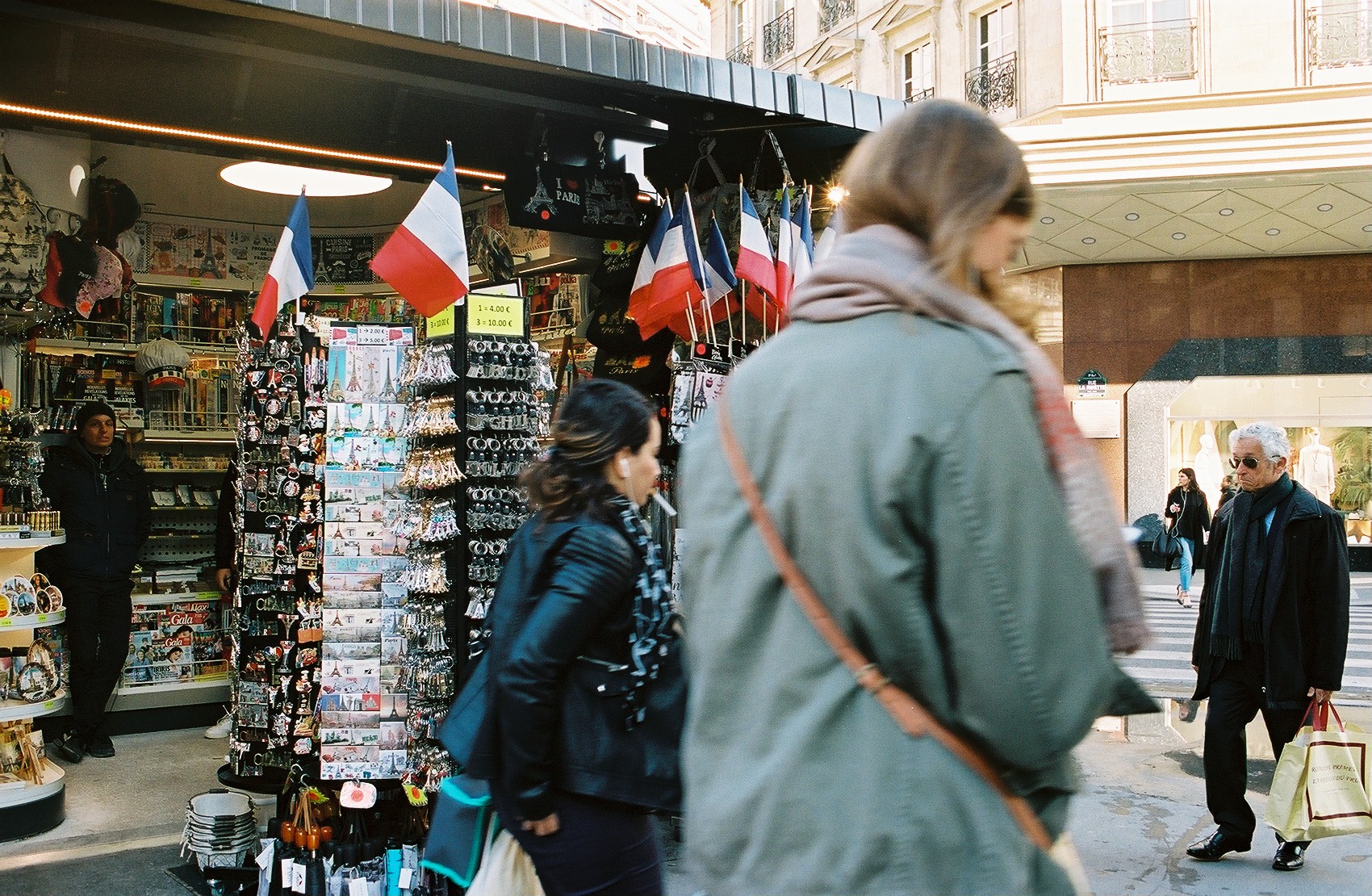 Discuss anything and everything, drinking coffe

First designed by architect Gabriel Davioud, prominent member of the Haussmann Baron’s team who modernized Paris, newspaper kiosks are a part of Parisian life since the second half of the XIXth century. The first kiosk opened a few blocks away, on the Grands Boulevards, in 1857, and there are 400 in operation today in Paris’s 20 arrondissements. Nicolas Pouliquen has been running the one on the intersection between Haussmann and Lafayette since 1994. He now shares his schedule with his son Alexandre, 25. Every morning, one Pouliquen or the other comes over from Morsang-sur-Orge, 30-something kilometers away, and unpacks the stacks of newspapers and magazines left by the delivery man sometime around 6 a.m. Nicolas or Alexandre and one of their three employees prepare newspaper packages for offices nearby, deliver them, have a cup of coffee and open the kiosk around 7 a.m. What happens before it closes its doors, at 8:30 p.m.? “We wait for the client, smiles Alex Pouliquen, working that morning. We do a lot of directions or information in the morning, answering people who are looking for an address, for the name of that street or the other. Afterwards, most clients are really tourists, and we get more of them in the afternoon. People who still buy print magazines or newspapers are usually regulars, who’ve been stopping by to see my father for 25 years and really come to have a cup of coffee and discuss anything and everything”.

Wearing a Levi’s beanie to stay warm despite the breeze, the younger Pouliquen can talk about print media’s golden age like someone who’s heard it all before: “fifteen years ago, this was Paris’s second biggest kiosk in terms of newspapers and magazines, because my father used to deliver them to all the businesses in the neighborhood. 300 copies of the Figaro, 400 copies of Les Échos… He would fill up a delivery van everyday!” But most of these businesses made the switch to reading on tablets, and the Pouliquens now deliver the news on foot. Without going bust. Far from it, actually. “When he got that kiosk 25 years ago, my father understood that the district drew a lot of tourists and that he should sell souvenirs”, explains the son, surrounded with mugs, key rings, magnets or clothing all branded “Paris”. Alexandre and Raphaël, a childhood friend turned colleague whose tasks at the kiosk include picking Spotify playlists, admit to making strides in English, Spanish or Italian. They even know a few expressions in Chinese. “Besides, it’s nicer to work with people on holiday”, adds Alexandre.

“Unfortunately, because it’s a pleasant job”, Nicolas Pouliquen won’t be able to hand the kiosk’s operation to his son: attributions are managed by the City of Paris and a handful of vendors are already waiting for the Haussmann/Lafayette spot, at the heart of one of the City of Lights most lively areas, to open up. So maybe Alexandre will go on to do restoration work on old cars and motorcycles but until then, he enjoys the newest version of the Parisian kiosk, installed in November. And keeps the neighborhood, his neighborhood, alive. One newspaper, magazine or key ring at a time.